Farmers World is the first farming game to function on the WAX NFTs platform. Pick for yourself suitable tools, exploit various resources, buying land to build enormous farms, and enjoy the fascinating experiences of a farmer working in Farmers World’s Ecosystem. One of the largest community of NFT games with over 150000 players all over the world. Have any questions or just want to share your experience with fellow explorers? Our Telegram and Discord communities are active and friendly – you can always find out more and chat there.

A document named “Manuscript №4848”, which is currently stored at the National Library of Brazil, describes in detail a peculiar ancient farm situated in eastern Brazil. The farm was discovered by a group of explorers in 1573; however, its existence continues to remain a mystery to this day.
Since its architecture is reminiscent of ancient Greek civilization, which bears little relation to the culture of areas around the mighty Amazon River, this enigmatic farm town, located within a massive city made of stone, bears no resemblance to any town that the explorers had ever seen in South America.

Situated in the town are houses made of stone and wide streets, all of which are constructed in the Mediterranean architectural style.

Additionally, this farm town distinguishes itself from the other old towns in South America because it displays characteristics typical of ancient Greece’s Ptolemaic Dynasty.

“Manuscript №4848” was written by a Portuguese expedition team in the form of a letter while they were heading from Bandeirantes city to Sertón (a vast region in northeastern Brazil) in search of the Muribeca gold mine. 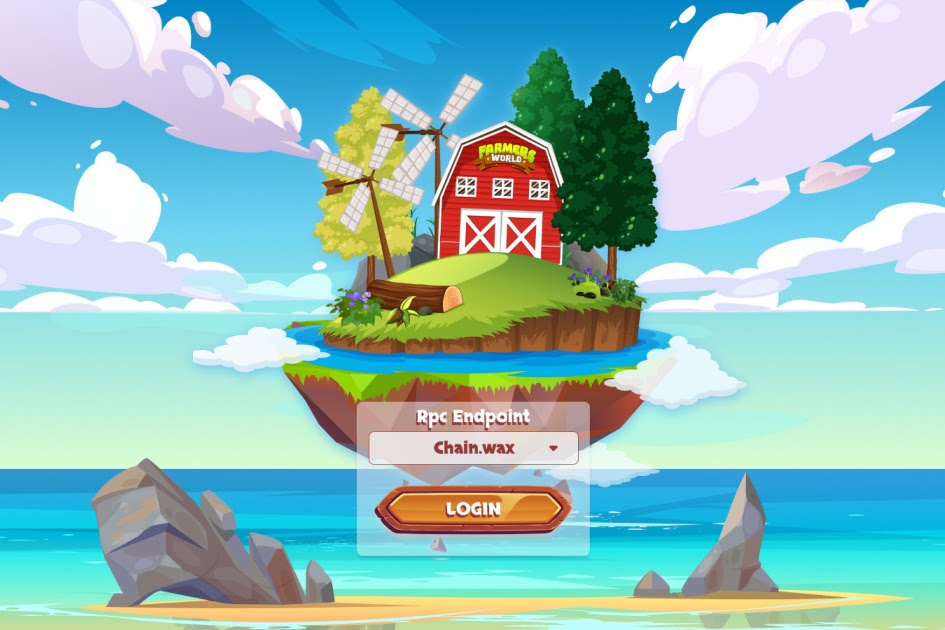 On their journey, the explorers found relics of huge gold mines, massive wood workshops, and antique working tools, all hidden deep in the old Amazon forest. Such relics indicate that ancient citizens lived primarily by fishing, wood chopping, and gold mining. More surprisingly, the team even discovered a canoe with two white men in European costume sitting inside. These two men immediately rushed away upon seeing the expedition group.

The residences in this farm town are elegantly ornamented, but it seems that they have been abandoned for quite a long time. In the letter, the author also emphasized the symmetry and similarity among houses in this town, which proves that the town was carefully zoned.

Besides, “Manuscript №48” also holds attention-grabbing details such as a fish-shaped pouch of gold coins, some wood logs, and hieroglyphs redrawn from four corners of the town. Surprisingly, the hieroglyphs bear an astonishing resemblance to Greek and Phoenicia alphabets.

Below is a part of “Manuscript №48” that has been translated from Portuguese to English, although some pieces of the documents have been lost:
“From a 4km distance, we can see an immense town with expansive farms that are as vast as a big city in Brazil at the time. We need to follow the route that leads to the valley with caution.

….This town is completely uninhabited. We all agree to go deeper into this place… Nobody is going to hinder our moves, and we cannot figure out any alternative route apart from one main road that leads straight to the city. 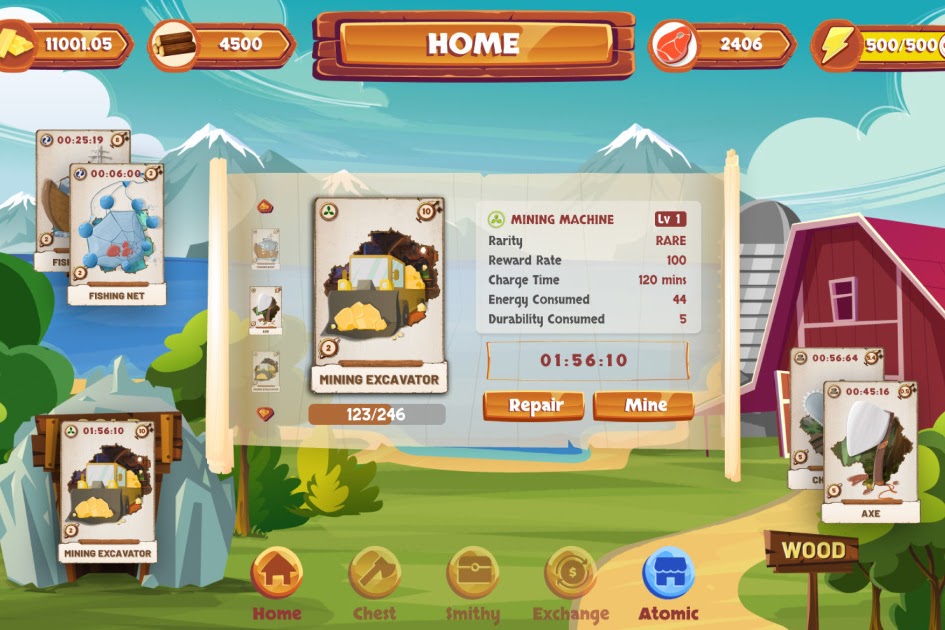 …In the city, there are numerous massive houses whose exteriors are carved in stone. We enter some residences with fear. The only things left in the buildings are some fishing tools, some saw machines, and some coins engraved with strange symbols. The majority of the dwellings enjoy little sunlight, thus making them rather gloomy. Echoing sounds in the houses startle us. We travel around this mysterious town on a wide street that leads us to the well-allocated square. Standing in the middle of the square is a high stone platform whose top bears a sculpture of a man with his right arm aiming for the north and his left arm placing on his hip. There are bell towers, which resemble the Romanians’, at every corner of the square; however, it seems that they are badly damaged.

On the right side of the square stands a huge building; it appears that this is where the most powerful one lives. There is a broad hall right at the entrance to the building.

At the entrance to the building, there is a stone statue that features only the upper half of a man. That man is naked, looks rather young, does not have a beard, wears a thin piece of shirt and a side belt, and holds a shield underneath. The sculpture seems to have sustained serious wear and tear.

Apart from that building, the majority of the city has collapsed into rubbles. In such a devastating scene, there is no sign of plant or moss appearing on the giant cracks of the ground. It looks like the city was razed to the ground by a destructive earthquake.

From a certain distance, we notice that there is a canoe on the river’s bank with some white people sitting inside. They all dress in European costumes, and their long black hair is neatly braided. We fire our guns as a signal, but they rush away out of fear.”

In reality, even though this lost “farm city” is meticulously documented in an official manuscript kept at the National Library of Brazil in Rio de Janeiro, nobody can discover any Mediterranean-inspired old town ever again. Numerous expedition parties have set out to find the lost city but in vain.
One of the renowned explorers in pursuit of this lost city is Colonel Ford Henry. He and his son, Jack, led an expedition to explore the old Amazon forest.

Henry has an immense interest in the local tales concerning the European- inspired lost city. His faith in the existence of this town is further strengthened when he reads that “Manuscript №4848”.

Henry assumes that this town, unlike any other city in South America, does not belong to the local Brazilians. Rather, the city is likely to have been built by the peoples originating from Europe, probably the Phonecia, who arrived in Brazil and lived together with the red people. Henry also reveals that on his journeys to Amazon, he has many chances to meet with some tribes that have both red and white people living in peace.

The story plot of FARMERSWORLD takes place when this farm city was still in its infancy, as the Phoenicia people were drifting on a fishing vessel from Europe to the Amazon jungle. As their food storage got exhausted, they had to adapt to their new challenging life in the wilderness. Each group joined hands to build farms on the seashore as well as in the deep jungle. Every day, while women knitted fishing nets at home or went fishing on the shore, men chopped woods to build their farms. Moreover, in this deep jungle, the Phoenicia often had to clash with the other white and red tribes over gold mines and territories.

Over time, as conflicts occurred more frequently and violently, the Phoenicia had to decide on one option: to die or to fight till their last breath.

As they entered the war’s preparation period, the Phoenicia started to store food and supplies, exploited woods to make tools, mined gold to buy additional weapons from white people.

Farmers can farm GOLD and NFTs within Farmers World just simply by mining and playing in the game. Besides, farmers can use GOLD and WOOD to create their own tools and repair the equipments. Catch fish to exploit FOOD and then use FOOD to maximise their STRENGTH stats

To prepare for the coming war with the jungle monsters, the farmers raise cattle to produce food, and then store it to ensure enough energy for the battle.

The farmers build cow sheds and chicken coops to expand their farm. Solid cages will help pets grow up healthy and fast, as well as protect pets safely from the attack of jungle monsters.

Food is a very important and indispensable thing. Food crops grow from seeds and farmers harvest food to care for their cattle

Peaceful life don’t last forever. Farms, cattle and trees are always destroyed by jungle monsters, they will appear in the lands. The farmers use their pets to fight jungle monsters to receive rewards.