BombCrypto is a Play to Earn Bomber man game platform on BSC.

Players can buy & collect Bomber hero NFTs for auto mining to earn BCOIN tokens and trade it on the proprietary marketplace.

The Bomb Crypto is a Bomb game experiences to NFT collectibles on the blockchain by BCOIN. Players can collect, fight monsters and trade them for real money.
The Bomb Crypto game is in the Play-To-Earn genre, where players manage a group of bomb heroes of cyborgs programmed to search for BCOIN and fight monsters. Each bomb hero has different stats, if you’re lucky you can find bomb heroes with good stats to sell or upgrade them to increase performance and combat ability. Each bomber hero is an NFT which increases ownership as well as tradeability, you can also hunt for other NFT items like decorations.

Bombcrypto: A story of Bomberland

Once upon a time in the Bomberland,

Far away, far from Earth, there is a peaceful land called Bomberland, where the inhabitants are living extremely peacefully and happily.
But one day, an evil force came to invade Bomberland.
He burned down forests, destroyed houses, arrested people and stole BCOIN — the people’s property.
To bring peace to the land, the kingdom’s scientists have researched and created heroic bombers so they can set up a team to rescue BCOIN and the people while destroying the henchmen of evil forces.
And of course, no experiment went smoothly.
Scientists have had been through a lot of failures.
They figured out that bomber heroes would have different rarity levels depending on their formula quantifications.
The rarity is hierarchical from ??????, ????, ????? ????, ???? ?? ??????, and the higher the rarity, the lower the success rate is. 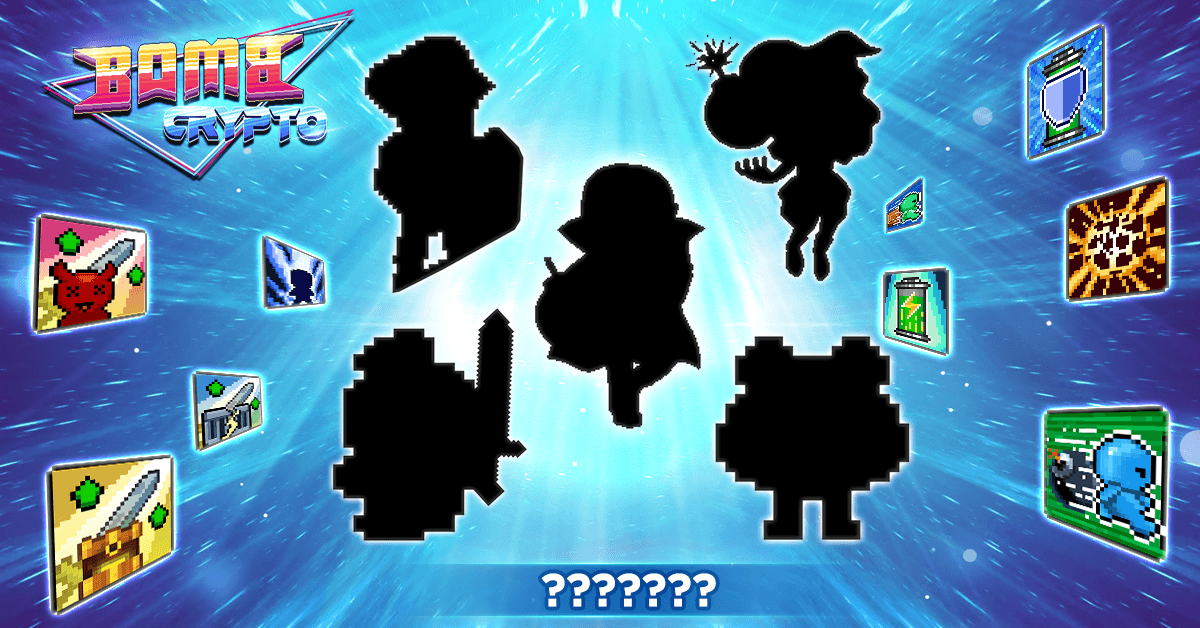 ???????? — ??? ??????
BOMBCRYPTO: ???????? — ??? ??????
The first revealed character in bomber hero of Bomberland.
BOMBCRYPTO: ???????? — ??? ??????
With the blood of a loyal knight who has always served to protect the land of Bomberland from ancient times.
Henricus fought countless battles, along with a sharp sword in his hand and a stud iron armor, plus technical upgrades from scientists.
A chip has been attached to his brain so he can analyze the movement of the opponent and always strikes fatal blows.
He is also the indestructible shield, protecting the team members.
— He said: “Stand behind me, I’ll get you to victory”
Let’s wait to see how he fights for Bomberland.

????? ???? — ????
BOMBCRYPTO: ????? ???? — ????
The cutest bomber hero in the team of Bomberland.
BOMBCRYPTO: ????? ???? — ????
It begins with tragedy when the bully frog’s family is murdered by evil forces. Bully Frog is determined to join the research of Bomberland scientists.
Gradually, bully frogs are becoming more and more evolved and no longer normal frogs.
With his long tongue and the ability to jump long, those are the two-weapon that defeat the enemies at long range.
Bully Frog will be a key factor in the journey to save the land and get justice for the family
— Bully once said: “Frogs, ribbit, ribbit!!!!!”
Let’s wait to see how he fights for Bomberland.

??????? – ???
BOMBCRYPTO: RICHARD — MAN
??????? — ??? ?? ??? ???? ????? ?? ??? ????.
​
BOMBCRYPTO: RICHARD — MAN
He’s a legendary gunman with a record of shooting 10 robbers with just one bullet.
Now supported by science, with his ability to recover energy quickly, Richard becomes the captain of Bomber Hero squad.
With his leadership and experiences, Richard is trusted by the bomber hero team members and they are on their way to rescue Bomberland from the evil forces.
Let’s wait to see how he fights for Bomberland.

?????? ??????? – ??? ???????
BOMBCRYPTO: JASPER VAMPIRE — THE VAMPIRE
JASPER VAMPIRE — THE VAMPIRE
?????? ??????? – ??? ???????
The year was 3060. In his laboratory, a scientists, was studying DNA.
Nurtured and implanted from the DNA of an ancient creature.
The scientists made a potion from the DNA and placed the potion in a test tube.
After few months, scientists have created Jasper the Vampire. They called it Jasper Vampire
Jasper Vampire was a human with a vampire’s features.
Having the immense power of the dark creature.
Jasper Vampire with agility to move like the wind and can hypnotize enemies.
Jasper Vampire will join hands with his comrades who will surely bring freedom to the people and the Bomberland region.
Let’s wait to see how the vampire fights for Bomberland.

????? ???? — ??? ?????
BOMBCRYPTO: MAGIC YAGA — THE WITCH
????? ???? — ??? ?????
????? ???? — ??? ?????
The adorable witch — Magic Yaga in the Bomber Hero army is bestowed with powers from the ancient magic book plus the modern auxiliary from her costumes.
Magic Yaga can control matter and explode things with her powers.
With a heart full of altruism and courage, Magic Yaga is one of the key members of the Bomber hero team.
Magic Yaga was woken up because of a thunderstorm.
“ Argh…” she growled as she walked up the stairs towards the attic.
There she would spend most of her nights. Sleeping was never a good opportunity for her if she could be productive.
Over the years she had grown immune to the lightning and thunder.
But she missed a lot of sleep.
Let’s wait to see how she fights for Bomberland.

How to collect a bomber hero

In some maps, there is a rare chance users meet a prison block which locks a bomber hero. After accomplishing the rescue mission, players will receive a damaged hero, which needs to be recovered for a while before it can go wild again.

We have a p2p marketplace that gives users a chance to buy and sell NFT items and also bomber heroes themself. This will help users gain profits in the term of play-to-earn and also increase the game assets and liquidity. BCOIN is the only payment currency in this market.

In Treasure Hunt Mode, players can send bomber heroes to the mining areas and have them plant bombs to destroy blocks to find BCOIN. These heroes can work automatically without players’ having to be there all the time, which helps players save plenty of time to do other tasks.

The hero also consumes energy each time a bomb is placed. When he runs out of energy, the hero will enter a resting state to recharge his energy. If you buy a house, it will increase the charging speed.

Players choose a bomber hero of their own to participate in each level in Story mode. The player needs to destroy all the monsters to pass each level. Breaking blocks and killing monsters also give players a chance to drop BCOINs.

Engaging in a level also requires the bomber hero’s energy. Therefore, if there is not enough energy, the hero cannot be selected to participate at any level. Besides, during the game, if you are touched by a monster, you will also lose energy. If the hero’s energy reaches zero, you’ll lose the battle.

In Battle mode, players join a bomb battle to fight against other players. In order to join, not only do players need a specific type of energy, but they also need to pay a certain amount of tokens as entry fee which will later be used as rewards. The final winner takes the majority of the losers’ tokens.

Senspark is an indie game developer founded in 2011, but started developing games many years before that. We focus on mobile games on Android, iOS platforms, and Blockchain.